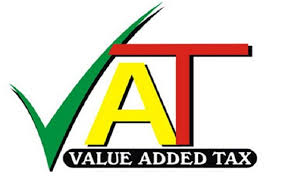 Ghana Revenue Authority (GRA) has put on hold plans to introduce the VAT on financial services after government came under intense pressure from various quarters. The scrapped VAT increase would have seen banks and other financial institutions charge 17.5{d92ab3b81278fa32ec35786d86dccf793342d8d7f71beafb1273a3698bd09060} tax on some services rendered to the public.

Some of the services that would have been affected are:  closure of accounts, remote banking services, online banking, e-statements, phone banking, mobile banking, sale of cheque leaflet, replacement of lost cheque book and many more.

Chief Executive Officer of the Chartered Institute of Bankers (CIB), Ghana, Mr Anthony Yaw Oppong voiced that “Ghana’s unbanked population of about 70 per cent may be prevented from dealing with the banks in view of the directive.” This VAT increase would have been a deterrent to customers.

It has been announced that a notice is expected to be issued today to announce the decision to suspend its introduction.

Contrary to earlier reports, fuel prices would not increase. In line with The National Petroleum Authority’s review, fuel prices could have increased from July 1, 2014 but products are reported to remain unchanged.

GUBA Enterprise is a social enterprise organisation dedicated to the advancement of diaspora Africans and Africans back home through various socio-economic programs and initiatives. The organisation currently has six brand activities namely GUBA Awards, GUBA Foundation, GUBA Expo, GUBA Careers, GUBA Awards USA and GUBA Diaspora Card. Our goal is to provide an engaging network for promoting greater cultural diversity globally, as well as raising the profile of Ghana.