News of the death of notable and charismatic Ghanaian journalist – Komla Dumor on the 18th of January 2013 shocked the nation. That day will forever be remembered as a day Ghana lost an influential personality.

Komla Afeke Dumor was born on the 3rd of October 1972 in Accra, Ghana. He graduated with a BA in Sociology and Psychology from the University of Ghana, and a Masters in Public Administration from Harvard University.

In 2003, his unique and effortless style of presenting, earned him the Ghana Journalist of the Year award. Following this feat, he joined the BBC African Service in 2006 as host of the radio programme; Network Africa.

From 2006 to 2009 Komla Dumor hosted Network Africa for BBC World Service radio, before joining The World Today programme. In 2009, he became the first host of Africa Business Report on BBC World News and regularly presented Focus on Africa till his untimely death.

Komla Dumor was an influential individual, responsible for the increased coverage of Africa by the BBC. He was viewed as a global Ambassador for Africa due to his relentless promotion of the image of Africa. In 2013, he was named as one of the 100 most influential Africans of the year in the New African magazine (2013).

Komla Dumor had a fruitful journalistic career. His interminable hard-work earned him the opportunity to travel across Africa, meet the continent’s top entrepreneurs and report on the latest business trends around the continent. He also interviewed a number of high-profile guests including Bill Gates and Kofi Annan.

Some of his various accomplishments include his coverage of the funeral of former South African President, Nelson Mandela. He also anchored live coverage of major events including the 2010 World Cup in South Africa, the funeral of Kim Jong-il, the release of Israeli soldier Gilad Shalit, the Norway shootings and the wedding of Prince William and Kate Middleton.

His Excellency John Mahama (President of Ghana) described Komla Dumor as “one of Ghana’s ‘finest ambassadors’, a broadcaster of exceptional quality and Ghana’s gift to the world”

BBC’s global news director Peter Horrocks also described him as “a leading light of African journalism – committed to telling the story of Africa as it really is.

An individual dedicated to the advancement of Africa with an ardent dedication to his craft, Komla Dumor will forever continue to inspire. He has left behind an amazing legacy and we are blessed to have witnessed his works.

It is truly a great loss for our nation and continent. We will forever remember you and the great work you have done for Africa. GUBA will like to share our profound condolences to the Family and Friends of Komla Dumor. We would continue to hold you in our prayers and urge everyone to keep them in their prayers. 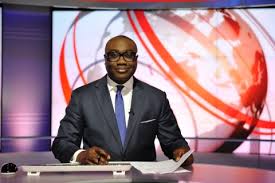 GUBA Enterprise is a social enterprise organisation dedicated to the advancement of diaspora Africans and Africans back home through various socio-economic programs and initiatives. The organisation currently has six brand activities namely GUBA Awards, GUBA Foundation, GUBA Expo, GUBA Careers, GUBA Awards USA and GUBA Diaspora Card. Our goal is to provide an engaging network for promoting greater cultural diversity globally, as well as raising the profile of Ghana.